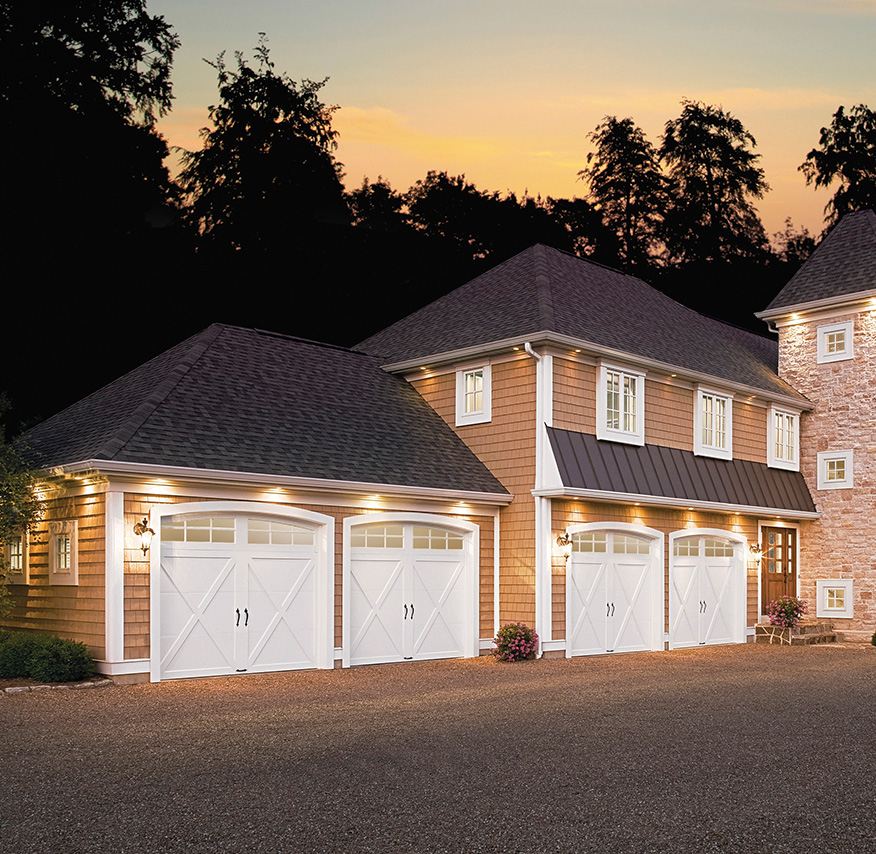 Carriage House Style garage doors have been some of the most popular and elegant garage doors styles around, matching well many home styles here in the New Jersey area.

What Our Customers Are Saying

We recently had 2 garage doors installed. I was assuming two installers would be sent for the job. Mark came by himself in a timely fashion & stated he would be here 6-7 hours. He worked diligently non-stop until he was done. He did a fantastic job. He was friendly, cleaned up well & was a perfectionist on the job & thoroughly explained how to work everything. We truly appreciate his service. Great job!

A large contingent of today’s homebuyers generally split into two camps: Those who embrace the sleek and the modern, and those who prefer classic and charming.

The latter division wants their homes to emit a sense of old-world flair with modern sensibilities. If you find yourself in that camp, you’d likely benefit from a garage door that embodies a carriage house style, and that’s a product that Liberty Door and Awning can provide to you.

We are the largest Clopay® dealer in New Jersey, and our full staff has served thousands of clients for more than 20 years. You can rest assured that we will contribute unparalleled quality and service to your project.

What Is A Carriage House Style Garage Door?

It might surprise some, but garage doors became a thing long before people invented and mass-produced cars. While they might not operate in the same manner anymore, people would use carriage houses to store their horse-drawn carriages, shielding the expensive, efficient methods of transportation from the elements and thievery.

We might have increased our horsepower and modernized the idea of vehicle storage, but people still remember those days fondly and look to rekindle the old-timey feelings every time they pull up into their driveway. Major dealers like Clopay have responded to that demand by creating multiple door series that capture that period of widespread use while adding in some fun, modern twists to give buyers the best of both worlds.

Traditional carriage house style doors featured a split down the center, requiring a person to open them manually using handles. Current homeowners typically prefer a more efficient opening method, but they still want the appearance that makes people think you could swing the doors outward at any time.

While the doors can open as a single panel or as a cleverly disguised multi-panel setup, they still feature all the hallmarks of an old-time carriage house door. They usually feature ornate hardware, like iron hinges and large handles. They often have some variation of notable woodwork in their paneling, too, like criss-cross barn planking or multiple inlaid panels, and decorative window inserts are usually a must-have, too.

Carriage house garage doors generally call for stains or finishes that provide an added emphasis on wood grain and texture, but your house style might also call for variations that use paints and other solid colors.